Masdar means “the source” in Arabic and is Abu Dhabi’s Future Energy Company. The rich oil state Abu Dhabi knows that the resources and prospects of the oil economy are limited. To find new revenue streams for its 21st century economy Abu Dhabi created Masdar and equipped it with a budget of $20 billion. 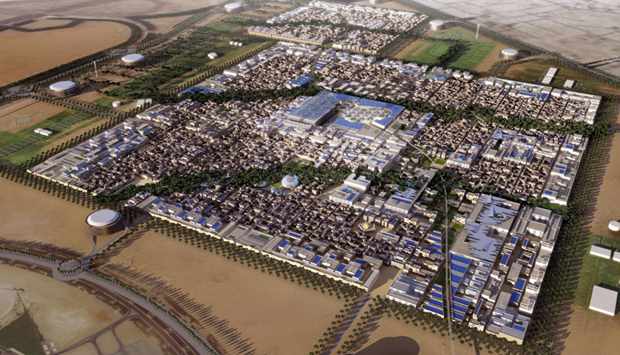 The core is Masdar City which is designed as an oasis of the future and intended to become the world’s first sustainable, renewable energy­-powered cleantech cluster. Masdar believes that one day all cities will be built like this – at least in the extreme living conditions of deserts.

Initiated in 2006, Masdar City is planned and designed by Norman Foster and his team. Masdar City is constructed on an area of 6 KM2 (TXL+ has 4,6 KM2) and shall attract 1.500 companies, 50.000 residents and up to 50.000 daily commuters. Other units of Masdar include Masdar Carbon, Masdar Power, Masdar Venture Capital and the Masdar Institute of Science and Technology, a cooperation with the famous MIT in Boston. Masdar also runs its own international event called the World Future Energy Summit which takes place from 17 to 20 January 2011 in Abu Dhabi.

While TXL+ does not (yet) have the same financial resources and unified political willpower as Masdar City we believe it is worthwhile working together and developing a similar long-term strategy like Masdar City. For example, it would be great to attract companies and pilot projects from Masdar City to TXL+ and vice versa.

As this New York Times article points out there is the danger that a greenfield city like Masdar City becomes an enclave reserved for rich and privileged citizens. Contrary to Masdar City, TXL+ shall be open and transparent, while growing organically.