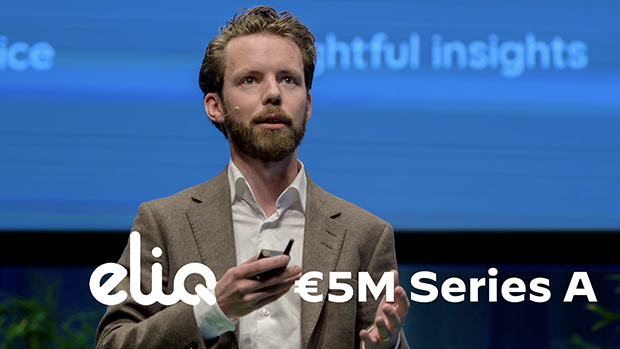 On 22 September 2020, Eliq announced its €5M Series A co-led by Inven Capital and Contrarian Ventures and with participation from existing investors. The Gothenburg-based startup first pitched at Ecosummit London 2017 and most recently at Ecosummit Berlin 2019 where they met their advisor Clermount and new investors Inven and Contrarian. The SaaS startup already licenses their app and cloud software to more than 10 utilities in UK, Spain, France and Scandinavia fostering customer loyalty and engagement, reducing churn and cost-to-serve as well as enabling in-app upselling. Eliq is well positioned to become the de facto consumer front-end of the energy transition.

Batteries are the holy grail of the energy transition. Yesterday the €2.3M Seed round of Accure popped up in our Linkedin feed. Shortly after, we called CEO Kai-Philipp Kairies to get some background and invite him to pitch at our next Ecosummit Zoom. After meeting at RWTH Aachen via practicing martial arts and doing doctorates, the 3 PhD-decorated co-founders (photo below from left: COO Johannes Palmer, CTO Georg Angenendt and CEO KP Kairies) only created the company in June 2020 and managed to raise their impressive Seed round 3 months later. The
first external investors are Capnamic Ventures and 42Cap that promise to bring software as a service (SaaS) and startup scalability know-how to the board.

Accure is a pure software battery startup with a SaaS business model connecting via data interfaces to all kinds of Battery Management Systems (BMS) to analyse and forecast the performance and degradation of batteries. As they learned the battery trade at Prof. Dirk Uwe Sauer’s Chair for Electrochemical Energy Conversion and Storage Systems the team already connected over 200.000 mobile and stationary batteries in several countries to their platform and enjoys revenues and product-market fit from the beginning. The battery intelligence generated by Accure can be used to improve the batteries with the help of software updates and a better hardware design of the next product generation. We’re convinced that Accure has a great future and they remind us of Envelio that come from the same university. 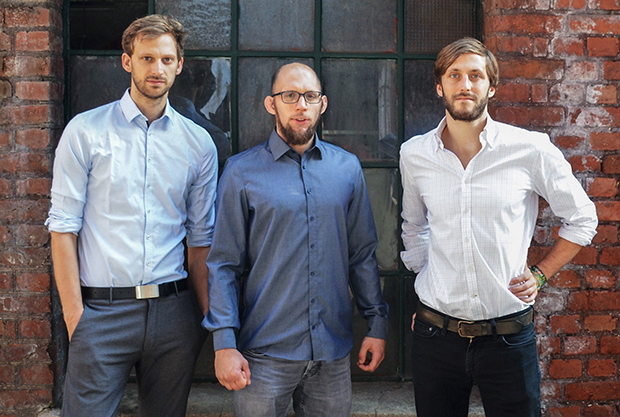 €15M Series B extension sounds really massive. In this case, the lucky and hard working recipient is Berlin-based Zolar, an online shop for residential PV and battery systems that dispatches external installers around Germany. The trick for this internal round from the 5 existing investors Inven Capital, BayWa r.e. Energy Ventures, Statkraft Ventures, Heartcore Capital and Partech Ventures is Zolar’s ability to double their revenues in the last 12 months in the middle of the corona crisis. It also proves that existing relationships between startups and investors are super important when physical meetings are difficult. Quite surprisingly, Zolar managed to raise a total of €25M in their Series B without ever pitching at Ecosummit, a fact that we’d like to change soon.

While many corporate VCs promise startups that they would become customers and generate revenues in order to get into the deal, it often makes more sense for both parties the other way around. Become a customer first and you may be able to invest later. 2 months ago, Energyworx repeated the trick of upgrading a customer to investor status for the second time when Engie New Ventures invested an undisclosed amount in the Dutch startup after Engie’s positive customer experience in the US.

In November 2019, it was the Portuguese utility EDP that was so happy with the energy data management and analytics provided by Energyworx that they triggered their colleagues at EDP Ventures to invest €1M in the first Series A extension. Nowadays, Energyworx has got over 15 million smart meters under management and recently announced a sales and system integration partnership with Greenbird to better serve utilities together in complex and strategic IT projects. In 2021, Energyworx will raise their Series B. Becoming a customer first may help other utilities get into the cap table, too. CEO Marcel Smit obviously likes this fundraising strategy and is quite a master in executing it.

On 22 July 2020, Munich-based Voltstorage raised €6M Series B from the Belgian family office Korys that makes impact-driven fund and direct investments, InnoEnergy, Energie 360, Wiventure and others. Voltstorage was founded in 2016 and designs and manufactures residential batteries based on the Vanadium Redox Flow (VRF) battery technology which is supposed to be free of rare raw materials, completely recyclable, 100 percent non-flammable and can be charged and discharged without losing capacity. The innovative battery maker has got 38 employees, shipped over 100 batteries but sold more than 200 so far. They have sales partners in Germany, Austria and Switzerland and plan to enter Italy and Benelux next. It is amazing to see how far Voltstorage came during the last years.

Hydropower is big in countries like Norway and Austria and it can clearly be optimised by applying digitalisation and artificial intelligence to the management of hydropower plants. That’s why we instantly liked Hydrogrid when we first met them at a Climate-KIC demo day in Berlin a few years ago. Now the Vienna-based startup raised a seven figure round from Constantia New Business, a quite active CVC in Austria, and existing angels. If you want to find out more about the autopilot for hydropower, please get in touch with Founder CEO Janice Goodenough.

On 3 September 2020, the UK-based heat network control and monitoring startup Minibems raises an undisclosed internal financing round from existing investors, led by SET Ventures which doubled its earlier seed investment and supported by the UK seed fund Ascension Ventures. The investment is match-funded by The Future Fund, the UK government’s co-investment scheme for innovative startups. Again, internal rounds with existing investors turn out to be useful. In the future, the longer the corona crisis goes on, the more often we will see remote-only rounds.

We need more exits in our smart green economy and every exit counts. On 8 September 2020, it was announced that wind technology provider Polytech acquires Fos4x for an undisclosed amount. Given that the Munich-based smart wind startup was founded in 2010, scaled to 100 employees and was backed by HTGF, UVC Partners and Equinor Ventures we do hope that the investors and founders made some good financial returns. Fos4x pitched first at Ecosummit Berlin 2014 in a Climate-KIC showcase and last at Ecosummit Berlin 2019. Congrats to the founders, employees and all their investors.

Please send us your press releases about new smart green investments and exits and we try to include them in one of our next stories. Ideally you pitched at Ecosummit and even found your investors at one of our physical or online events.