The upcoming German algae startup scene celebrates its first venture capital investment. The lucky startup is Stuttgart-based Subitec that successfully closed its Series A financing round led by eCapital. Subitec’s algae factories consist of patented vertical photobioreactors that use little space and energy while producing high yield. CEO Peter Ripplinger (photo below) who pitched Subitec at Ecosummit Berlin 2011 wants to use the fresh money to grow the team, expand the lab and pilot facilities and internationalise the business. The main target market is the US where the demand for innovative algae technologies is the strongest. 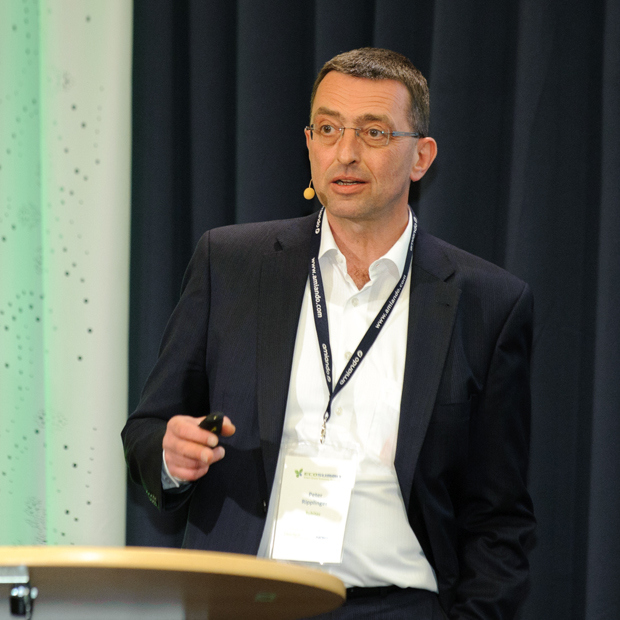 Having done already 4 cleantech deals this year eCapital turns out to be Germany’s most active cleantech VC in 2012. Prior to Subitec, eCapital invested in Saperatec (PV recycling), Smart Hydro Power (kinetec hydro power in rivers) and Geo-en (urban geothermal energy). Michael Lübbehusen, Partner at eCapital, hints at a few more exciting smart green deals that are queueing up in their pipeline. No wonder as their reputation is high and their pockets are deep: only 15% of eCapital’s dedicated cleantech fund which was closed in 2011 have been invested so far. Fraunhofer Venture, High-Tech Gründerfonds (HTGF) and KfW Bankengruppe also participated in Subitec’s €4.5M round because they believe in the future of the algae business and prefer not to dilute their stake in an upcoming startup with revenues in a big market. 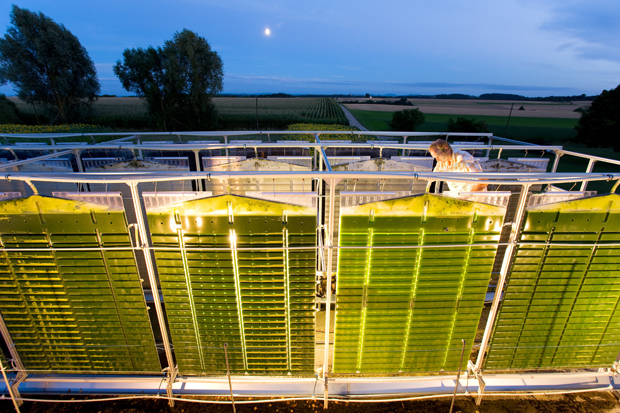 Next to enabling cost-efficient biofuels algae biomass is also a valuable renewable resource for the cosmetics, chemical and aqua culture industries – think tasty green fish food pellets for example. Subitec’s strategy is to provide a flexible technology platform focused on algae cultivation for all of these target markets. As of today, Subitec operates 4 pilot plants and has got serveral more projects in the pipeline that cannot be announced yet. The perfect customer for Subitec is an industry partner with market access and know-how to sell the algae biomass and strong project finance capabilities. Peter Ripplinger confirms that scaling the business quickly with the help of project finance partners is a key goal for Subitec. Currently, Subitec’s flat-panel airlift photobioreactor that originally was invented at Fraunhofer IGB is in its 3rd generation and the 4th generation reactor is expected to be commercial in 1 or 2 years, depending on the speed of product development.

We are curious to watch the progress of Subitec which is a role model for other German algae startups such as Phytolutions in Bremen. For more information, we recommend watching the Ecosummit TV video below in which Peter pitches Subitec at Ecosummit Berlin 2011.