SunCoal Industries was founded in 2007 by current managing directors Friedrich von Ploetz and Tobias Wittmann to develop the technology for the efficient and environmentally friendly production of biocoal from damp biomass for use as a substitute for fossil coal. The SunCoal Industries CarboREN technology, based on the principles of hydrothermal carbonization, utilizes green or organic waste from municipalities (grass, leaves, etc.) or other organic waste from industrial processes (wood chips, bagasse, etc.) to produce dry and solid SunCoal biofuel, which has similar characteristics to fossil coal. The CarboREN technology is extremely energy efficient, scalable and allows the use of a wide variety of organic materials. SunCoal Industries’ mission is to develop and license the technology for SunCoal biocoal production plants. Customers for these plants are twofold. One segment is municipalities and local public utility companies who often possess a significant amount of organic waste and can use biocoal in local combined heat and power generation. The other customer segment, industrial, includes industries with large amounts of organic waste at their disposal (for example residues from sugar cane processing) or operators of coal-fired power plants. Additionally, SunCoal biocoal can be gasified into syngas in entrained-flow gasifiers for the production of Biomass-to-Liquids (BTL) fuels.

The patented CarboREN technology is unique in that it uses damp organic waste as an input material, efficiently generating biocoal that has similar fuel characteristics to dry brown coal. Municipalities and industrial customers currently have substantial amounts of damp organic waste that are either composted or disposed of, without effectively using the energetic potential of the material for heat and power generation. SunCoal has developed a unique business model and technology for the use of these materials, which will contribute to the reduction of fossil coal use and greenhouse gas emissions. The only CO2 released in the atmosphere from SunCoal biocoal is that which was previously absorbed in the input material through photosynthesis. The CarboREN process itself is also extremely efficient: only a minimal amount of energy use (7% of the energy of the produced biocoal) is needed for production. 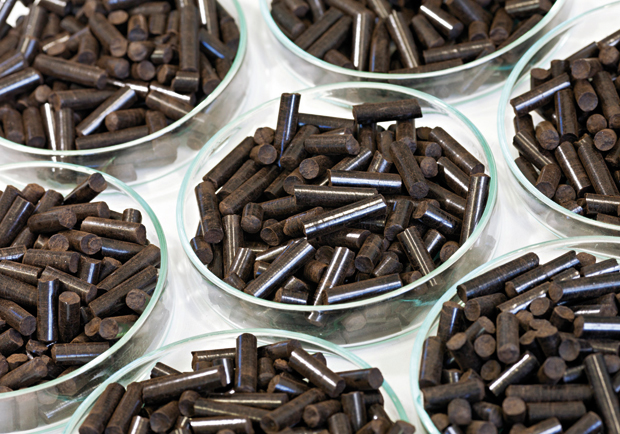