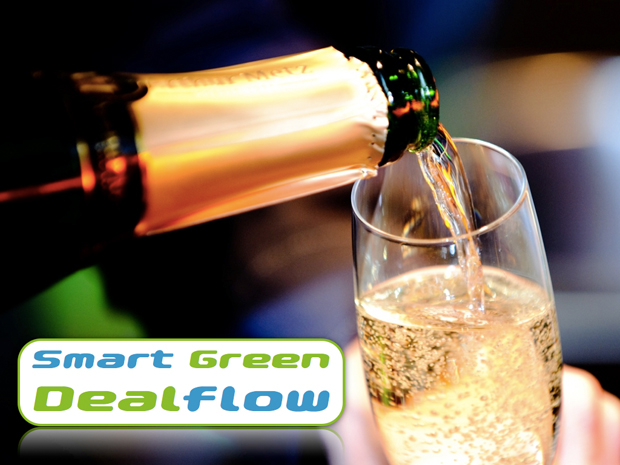 Let’s start with some very good news for German startups. Together with KfW and the 12 corporates ALTANA, BASF, B.Braun, Robert Bosch, CEWE Color, Daimler, Deutsche Post DHL, Deutsche Telekom, Qiagen, RWE Innogy, Tengelmann and Carl Zeiss, the German Ministry of Economics invested €288.5M in HTGF II, the second fund of the High-Tech Gründerfonds. The 12 corporates contributed €28.5M while the German government invested €220M, accompanied by €40M from state-owned KfW. HTGF did 250 deals out of its first fund of which roughly 10% are cleantech deals. HTGF is an international role model for tackling the tough challenge to launch and fund new startups in the high-risk seed stage. Looks like a very good time to submit your business plan now.

Next up is Better Place, Shai Agassi’s hyperambitious emobility network operator. In 2012, Better Place is promising to launch in Israel, Denmark and Australia. In its Series C round Better Place raised €146M ($200M) giving the company a post-money valuation of €1.64B ($2.25B). This is massive for a startup but looks rather small compared to the tens of billions of Euro that have to be invested to electrify the global auto industry. Many industry pundits doubt that battery swapping has a future due to the impossible task of making car OEMs agree on a minimum number of de-facto battery standards. However, Better Place deploys AC and DC charging stations, too, and can count on so many powerful backers that failure is almost unimaginable.

One of the world’s leading providers of quick charging stations based on DC (direct current) is the Dutch startup Epyon that was recently acquired by ABB (transaction volume is confidential). Hans Streng, Epyon’s former CEO is now the General Manager of ABB’s EV charging infrastructure and is ECO12 Speaker and ECO12 Award jury member. The VCs benefiting from this exit include SET Venture Partners that cooperates with Chrysalix, the famous cleantech investors from Canada.

Swedish greenhouse LED startup Heliospectra closed a €3.3M round in October in which Industrifonden and Midroc New Technology participated. Heliospectra’s CEO Staffan Hillberg pitched at ECO11 and is a member of our ECO12 Award jury. Industriefonden is similar to HTGF while backing only Swedish startups. I am curious to see which other hot Swedish startups will conquer the smart green economy. Of course, Swedish LED innovator Glo should be on your watchlist.

Tiramizoo is a German startup that already pitched at Green Venture Summit 2010. Tiramizoo provides a local delivery service based on a network of bike messengers and recently received funding from HTGF and Bayern Kapital. Given that electric bicycles and pedelecs are increasingly popular I can easily see how Tiramizoo can have a great impact on making 2-wheel urban delivery more cost-efficient and convenient to use.

Another recent HTGF investment is Compositence that falls into the new materials category. In particular, Compositence is focused on carbon fibre and the optimisation of carbon fibre production processes. Carbon fibre will be huge in the future car industry and many other markets where being too heavy consumes too much energy when being mobile is your plan.

German Organic LED leader Novaled recently convinced their leading customer Samsung (Ventures) to become a shareholder. Or maybe it was the other way around. Novaled’s CFO Harry Boehme spoke at ECO11 and I am totally impressed by Novaled’s performance since its foundation in Dresden in 2000. Novaled’s co-founder is Prof. Dr. Karl Leo who will speak at ECO12 and share his secrets for chain-founding successful organic electronics startups out of the University of Dresden.

My final dealflow anecdote is to honour Michael Linse who is partner at KPCB and gave a brilliant and data-rich ECO11 talk about the art of surfing cleantech cost curves. During my visit in the super cool Kleiner office on the famous Sand Hill Road Michael told me about his new investment in Proterra. Proterra makes battery electric buses and the economics for operating these buses are so promising that Kleiner invested quite a lot at a rather early stage. GM Ventures participated with $6M in the $30M round.

That’s it. I hope you enjoyed this Smart Green Dealflow and look forward to your feedback and cleantech deal PR.