Ecosummit London 2015 was our third conference at the Crystal and it turned out to be our best conference so far in the smart green capital. 160 happy and relaxed participants came together on 6-7 October 2015 to enjoy 46 startup pitches from all over Europe and celebrate smart green innovation. Our panel about fostering the cooperation between impact investors and VCs to tap into new sources of capital for smart green startups received a lot of applause – as did the panels about early stage, late stage and corporate venturing. To further grow next year we are moving Ecosummit London 2016 to CodeNode in the heart of Tech City and concentrate the action on 11 October 2016. Moreover, we announced Ecosummit Berlin 2016 on 26-27 April 2016 at the Radialsystem and Ecosummit Amsterdam 2016 on 7 July 2016 at Rockstart. During our high-speed ECO15 London Award ceremony on 6 October 2015 we announced the 3 winners Skeleton Technologies, Solarkiosk and Grundgrün. 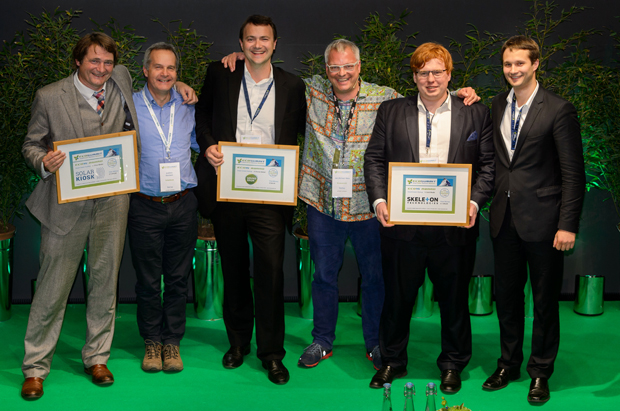 37 nominees from 10 countries created and updated their startup profiles on Ecosummit Market and were judged by 53 judges during the online voting before the conference. The 3 winners of the ECO15 London Award are: Skeleton Technologies picking up Gold and €1.5K prize money, Solarkiosk receiving Silver and €1K and Grundgrün scoring Bronze and €500. In fact, it was a close race and the runners up were E-Leather, UpsideEnergy and Seatower – definitely 3 super exciting startups you should have on your watchlist, too. Thanks a lot to all of you for joining Ecosummit, judging the startups and being proud award winners. Let’s celebrate and keep on innovating. 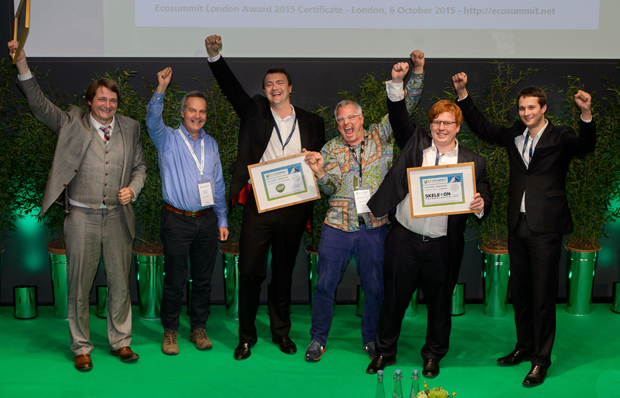 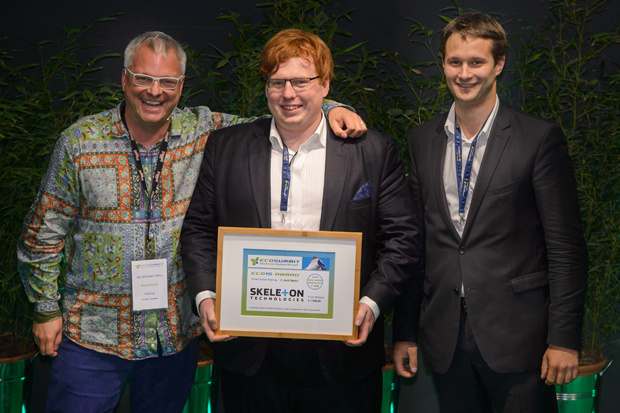 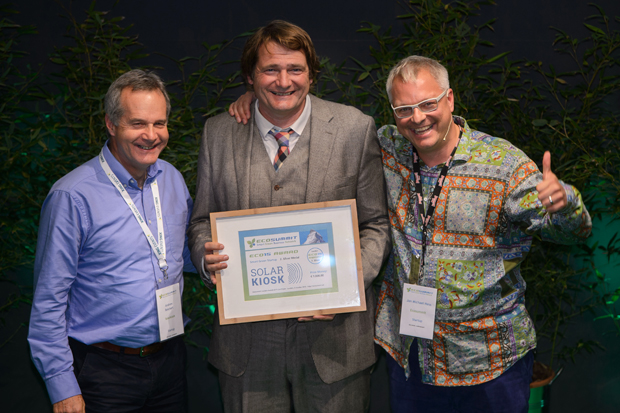 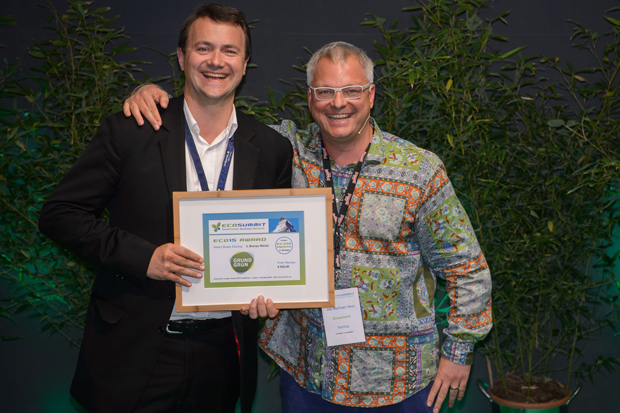 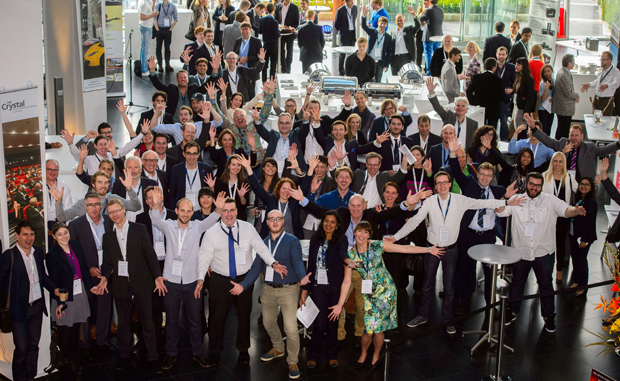 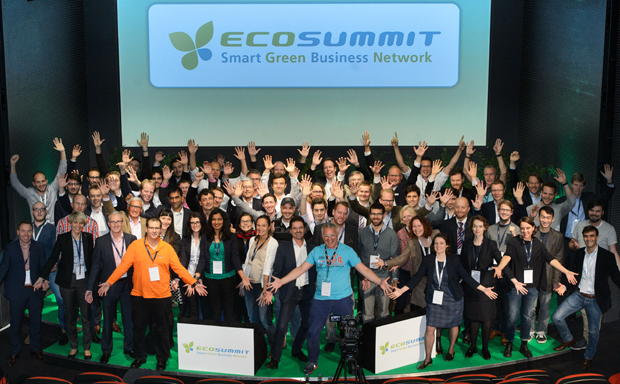