ONZO’s cloud-based analytics are powering into domestic energy markets. Emerging from the buzzing London tech scene in 2007, the company first focused on hardware, creating a clip-on power meter with wireless display. However, in 2012 the rapid roll out of smart meters led them to sell off the hardware business to Scottish utility SSE. Steven Daniels, one of the private equity investors, took the reins as CEO and the company re-started as a pure energy analytics company floating in the cloud. 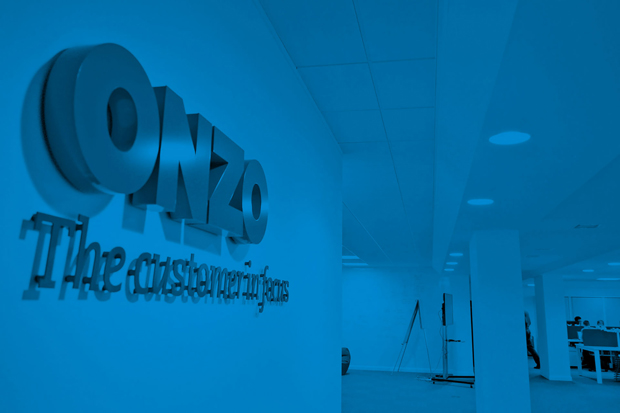 The smart green startup creates value by helping its customers – the energy utilities – better understand their own customers, residential energy consumers. It operates on a B2B2C model, working discreetly within the value chain. As a pure data company, it pulls in the 0s and 1s from millions of smart meters, subjects them to a barrage of analytics, and draws conclusions that inform the utility, who can then present that information to their customers.

The company may be the leading provider of SaaS analytics for energy consumers in the UK, where they serve two of the “Big Six”, the Netherlands, where their customers cover 45% of Dutch households, and Norway, where two utilities are on board and another is in the pipeline. But they have also reached beyond Europe, making sales in Australia and North America. They expect £5m in revenues this year and to break even by mid 2018.

Since re-starting, the company has attracted interest from investors on both sides of the pond, and this only increased after Opower was bought by Oracle for $532m in 2016. ONZO has raised £15m since 2011, with investors including Cipio Partners, and West Coast Capital, owned by Scottish billionaire and philanthropist Tom Hunter. Last month they announced a major strategic partnership with Dutch utility Eneco, as not only an investor but a customer to bring the product to millions of homes in Holland. With profitability imminent they may not even need further investment.

ONZO has two products. The first, called Engagement, works out what’s driving up your energy bills – the shower, the oven or that dodgy old fridge – and generates personalised messaging to show you how to save money and CO2 by changing your appliances or your habits. Engagement also helps shift demand by advising customers to push their consumption to when energy is cheap, or pick more competitive pricing from the growing list of confusing options such as time-of-use and electric vehicle tariffs.

The Engagement product is proving popular, and competition has emerged, notably US startup Bidgely or Dutch startup Energyworx. However, ONZO is differentiating itself with a second product called Insight, which may offer even greater value to the utilities, facilitating their strategy of moving from energy retailers to providers of Internet of Things appliances and services, and of transitioning to a distributed energy system with lots of renewables in the mix. The Insight product segments the market to identify those customers most likely to adopt smart thermostats, solar panels, batteries or perhaps electric vehicle chargers.

Predicting user behaviour is the next step in energy analytics

To push ahead of the competition, the company focused their efforts on two major technical challenges. Firstly, working out what’s going on in the home by sifting through meter data whilst considering other factors such as location and weather. Is it your juicer that’s sucking up the juice? Through a process called disaggregation they determine what appliances you’re using, and from this they infer what you’re doing and elements of your lifestyle as whole.

This technology has the potential to predict when you’ll get up, when you’ll eat and even when you’ll go on holiday, so like many digital innovations it raises issues of privacy and security. But thanks to the B2B2C model, the responsibility for privacy is left squarely with the utility and their agreement with domestic customers. The data that ONZO hold is anonymised, so in principle they know what you’re up to, but not who you are.

Most smart meters capture data every 15 minutes or so, from which the analysis can work out a number of things about the household. However over 2016, utilities have increasingly rolled out technology that takes measurements as frequently as every second, such as consumer access devices (CADs). ONZO has prepared for this snowballing avalanche of data and are ready to pick out the numerous potential insights.

The second technical challenge they’ve cracked is scale. Whilst several players can disaggregate a single home, doing it every second for many millions of homes requires some serious engineering. So they have harnessed the vast resources of the cloud, and tapped into the tech talent of London’s finance sector, recruiting developers who are used to wrestling torrents of trading data.

With a growing portfolio of customers, a host of major backers and advantages in both their technology stack and their value proposition, ONZO is a smart energy star from Europe that’s taking it global.