In 2003, Alex Steffen, of the now defunct WorldChanging, coined the term “Bright Green Environmentalism” to refer to the type of environmentalism that believes that innovation and clean energies are the catalysts needed to bring about social and environmental transformation. “Technogaianism” is another term that has been used to describe the belief that technology can help restore Earth’s environment. Aside from a desire to live on a clean planet, what most of the people within the Bright Green and Technogaianist movement share is a fascination for the future.

Traditional environmentalists – refered to as “Dark Greens” in Steffen’s nomenclature – have normally looked upon technology negatively and towards the future with apprehension, prefering instead to allude back to a past during which things were supposedly better.  In the middle are the “Light Greens” and, possibly, some other shades of green that one might be inclined to associate with the environmentalist movement. But the term green has come under a lot of fire over the past few years – as has the term environmentalism – and many have argued that we must move beyond such labeling and that these terms tie us too much to a somewhat archaic mode of thinking. Adam Werbach famously coined the term “Blue Movement” in 2008, to describe the need to come out of the shackles of these terms and to aim for a vision of sustainability that puts people at the center of the debate rather than nature.

Thus, not all environmentalists look alike and think alike. And as Ecosummit 2011 approaches, it is worth wondering about the motivations and concerns of the various participants as it is likely that the entire spectrum of environmentalism will be on attendance during the event. But regardless of the different ideologies on display, one element that many people will have in common is a desire to innovate and to make the future the present. While rarely used in the same sentence, Cleantech and futurism are very much closely connected. Entrepreneurs, managers, thinkers, VCs and anyone involved in e-mobility, renewable energy, smart cities, energy efficiency and any other aspects of the Cleantech industry, are not only paving the way for a cleaner planet, but also for a future that once was only possible in Sci-Fi books and films.

William Gibson, the father of cyberpunk, who several years ago took a break from writing Sci-Fi, once said that the future is here already and that it has become somewhat pointless to try to imagine it as it is already so much upon us. The future is no longer something that exists in the distance, an uncertain place reserved for the dreamers and the escapists. The future is being built today, by the solar energy engineer and the wind turbine technician, by the green architect and the LEED construction planner, by the electric car entrepreneur and the lithium battery manufacturer, by the environmental biologist and the green investor and by all the others whose work in the Cleantech industry is helping bring about profound changes to the way we live and to how we perceive ourselves in relation to the various social and ecological systems on earth. It is this work that is making the present increasingly indistinguishable from the future, and it is because of it that the outlook for our planet looks positively bright. 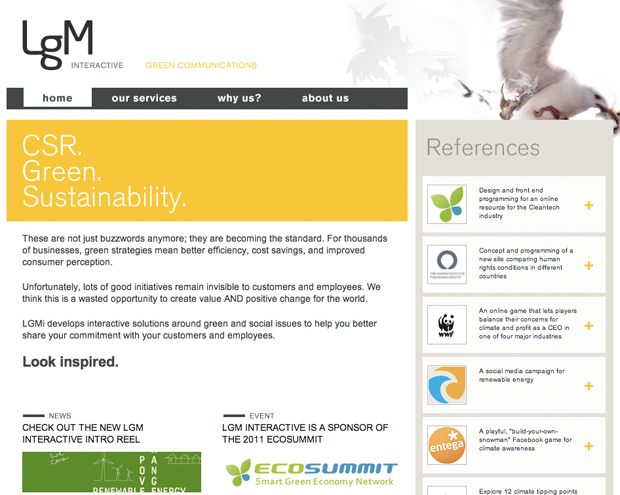