275 startups and investors flocked to Ecosummit Berlin 2017 to pitch their ideas, to network and to discuss a common vision for the future. Under the motto “Smart green unicorns made in Europe”, a total of 95 speakers took to the stage – including 61 startups, all looking for funding or partners to help their ideas grow. “Our investors are all innovative, creative and share our vision,” Christoph Ostermann from Sonnen explains. “And that is very important from my point of view.” The young German company offers solar energy storage for private homes, and allows private solar energy producers to share excess energy within the so-called sonnenCommunity. Sonnen is not far from becoming a unicorn itself. “Our revenue in 2016 was 42 million euros and we increased our capital by 76 million euros last year,” says Ostermann. And while he is not currently looking to raise new capital, he loves attending the Ecosummit to meet with current investors and potential partners. “Five of our seven investors are here this year, and over the years, I initially met all five investors at Ecosummit, who ended up investing in our Series A, B, C and D.” 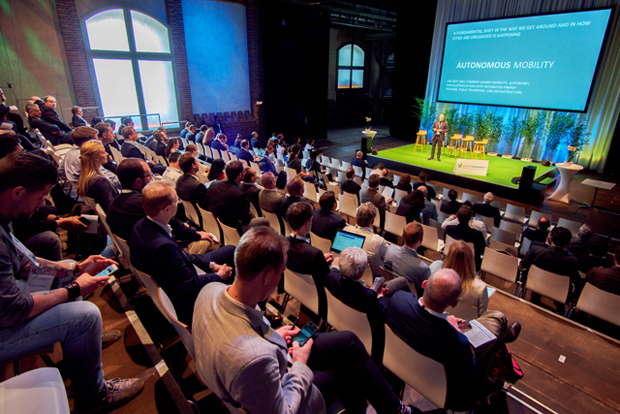 One of those investors is Envision Energy who also happens to be the biggest shareholder in Sonnen. The China-based company initially focused on wind energy when it was founded in 2007, and has since grown to include solar energy and a digital energy IoT platform. In 2016, Envision invested some 150 million euros in startups in Europe alone. Co-founder Felix Zhang still has the startup spirit and explains that Envision is quite different from other corporate venture funds. “In our view, we are much more integrated. We are a startup looking to set up an ecosystem. We make a concerted effort to transform the global energy system together.”

“Together” is an approach many startups at the Ecosummit Berlin 2017 are taking, for example sharing clean energy peer-to-peer or through blockchain. One of those startups is Share&Charge, born from the Innogy Innovation Hub and the first product of the yet to be founded company Motionwerk. Share&Charge is essentially a platform on which privately owned charging stations for electric vehicles can be made available for other EV drivers. While Share&Charge is not currently looking for capital, CEO Dietrich Sümmermann hinted that the platform could be used to share other things as well, like private cars.

With Lumenaza, co-founders Christian Chudoba and Bernhard Böhmer created a peer-to-peer energy market back in 2014. They buy electricity from people who produce it and sell it to those, who need it. They like to call their solution a “utility in a box,” as the startup offers a software solution that manages all the processes needed and with which users can essentially build up their own utility. “Most blockchain projects are on a pilot level, but we are already doing real business. What makes us unique is that we are very flexible in the business process and how we interact with our customers. And we have an extremely quick time to market. We can set up very complex projects like building a complete community in three months,” explains Lumenanza’s Christian Chudoba.

And the company is already quite successful, booking sales of 1.6 million euros in 2016. Chudoba expects that figure to increase by 150 percent in 2017. As the company is planning to go international, it is looking for 4 million euros in capital by the end of 2017. Chudoba has two types of investors on his wish list: One that can help with the customer base and another that knows how to scale software business. “We could even imagine that an investor that has nothing to do with energy, but knows about software, could be quite complementary to our business and our current investors,” says Chudoba.

Setting up the link between consumer and utility, British startup DevicePilot aims to help the latter understand the customers’ user experience. “We are the Google Analytics for energy use. It’s the operation that DevicePilot helps set right,” says CEO Pilgrim Beart. He is somewhat of a serial entrepreneur, as DevicePilot is his third startup. The first two have been successfully sold. For his newest venture, he was able to raise more than one million pounds in angel funding so far and may be looking for more capital over the course of 2018. “But we want to make some tangible progress before we do that. So that when we do, we have a lot to show for it.”

Origami Energy is also from the UK. CEO Peter Bance and his team have created a software that turns energy commodities and assets linking to distributed energy into code, creating a common currency between all the different actors that play a part on the energy market. By doing so, the software can compare “unlike systems” such as network operators, utilities or traders and see, who is willing to pay the most for a service or asset. “One thing we know about the energy market, is that we have no idea what it will do,” Bance explains. He uses the analogy of a water balloon. You know that when you squeeze it, it will eventually pop. But where exactly is anyone’s guess. With his software, he can predict the exact spot. 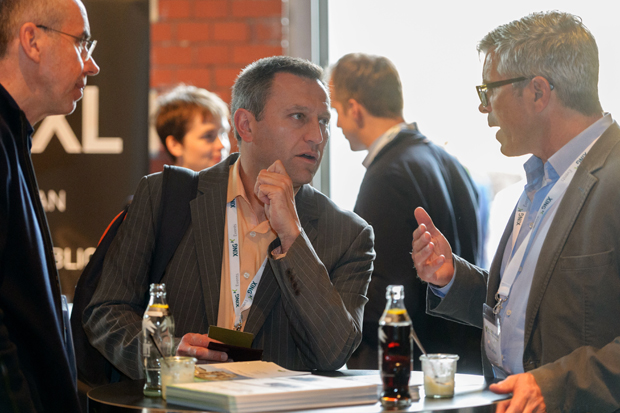 With the exception of Sonnen and Lumenaza, this was the first time these startups presented their ideas at an Ecosummit. And they all agreed: it was well worth it. “We need someone who kind of gets it,” Peter Bance from Origami Energy said when asked what kind of investors he is looking for. The startup is looking to raise 10 to 15 million pounds in capital and Ecosummit is definitely a great place to meet investors with a common vision who get it. 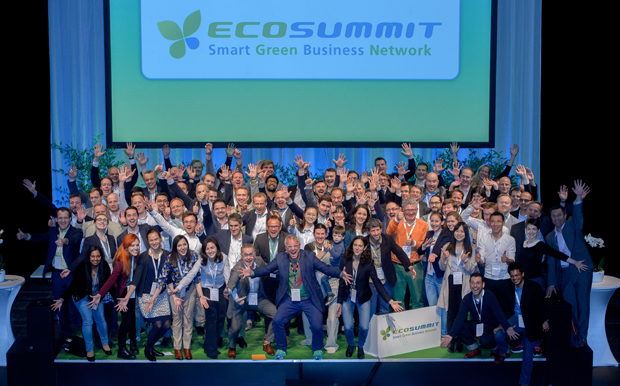