I look forward to meeting the leading US Cleantech VCs that have huge portfolios of promising smart green startups. Vinod Khosla, mastermind of Khosla Ventures, is one of them. Vinod is backing Calera that converts Carbon Dioxide (CO2) into pretty useful carbonates such as cement and GreatPoint Energy that creates Bluegas (clean natural gas) from coal or biomass using catalytic hydromethanation.

Smart green startups presenting at Going Green Silicon Valley 2011 include Redwood Systems that provides smart energy efficient lighting systems and enjoys Google and Volkswagen as clients, the smart green server manufacturer SeaMicro that packs 768 cores into one $237K-hypergadget for data centre admins as well as Opower which is backed by Kleiner Perkins and operates the biggest social energy saving network in the US.

It was a good idea to order new Moo business cards just in time before jumping into the Cleantech paradise. 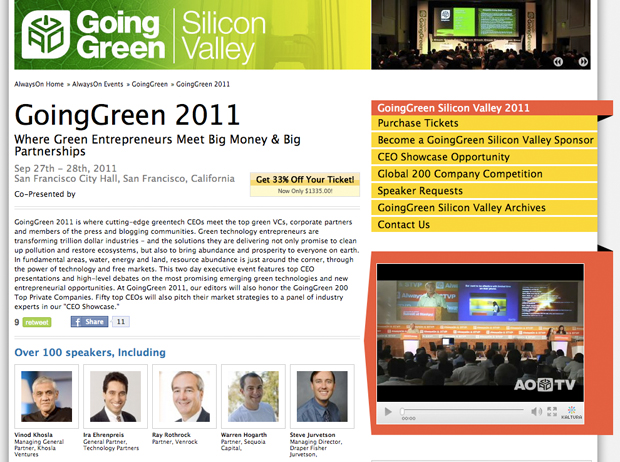