We are proud to announce having reached a new major milestone on Ecosummit TV, our wonderful Youtube HD channel: 11.000 VideoViews since we started in February 2011. This is a good reason for rewatching some of the best episodes on Ecosummit TV featuring smart green startups and VCs. Learn about hot Cleantech deals worth backing and how you should invest your fund for successful returns. One more thing: Ecosummit 2012 takes place on 22-23 March 2012 in Berlin and it’s going to be big. Stay tuned! 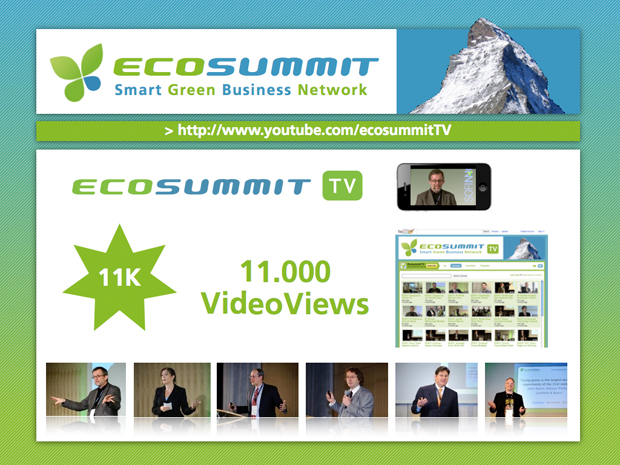